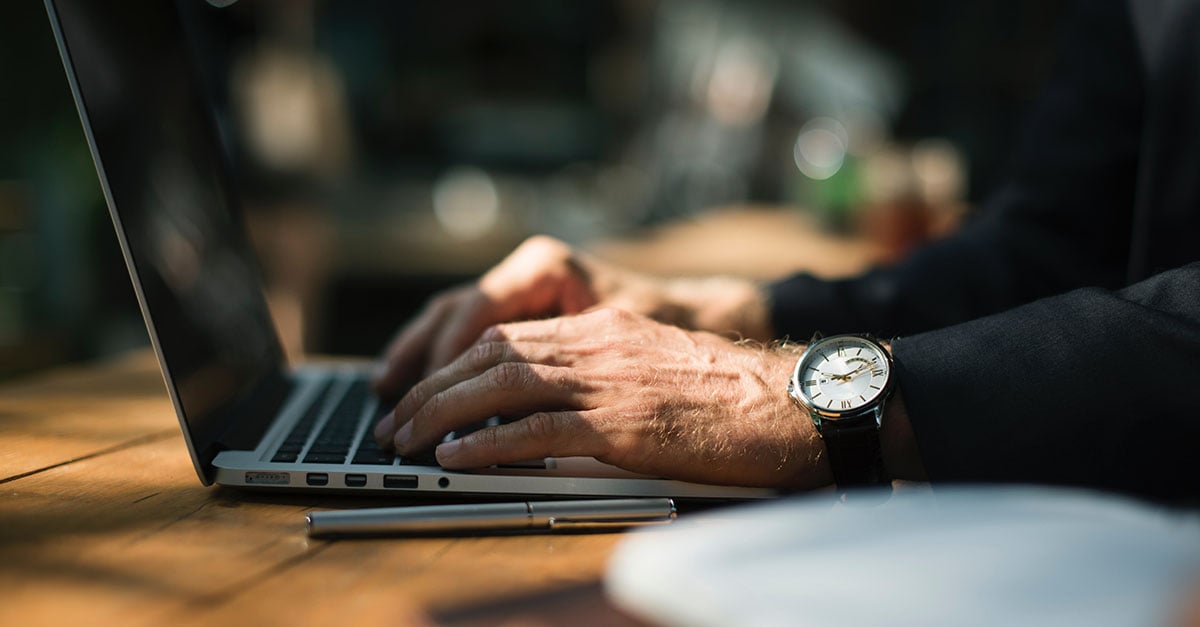 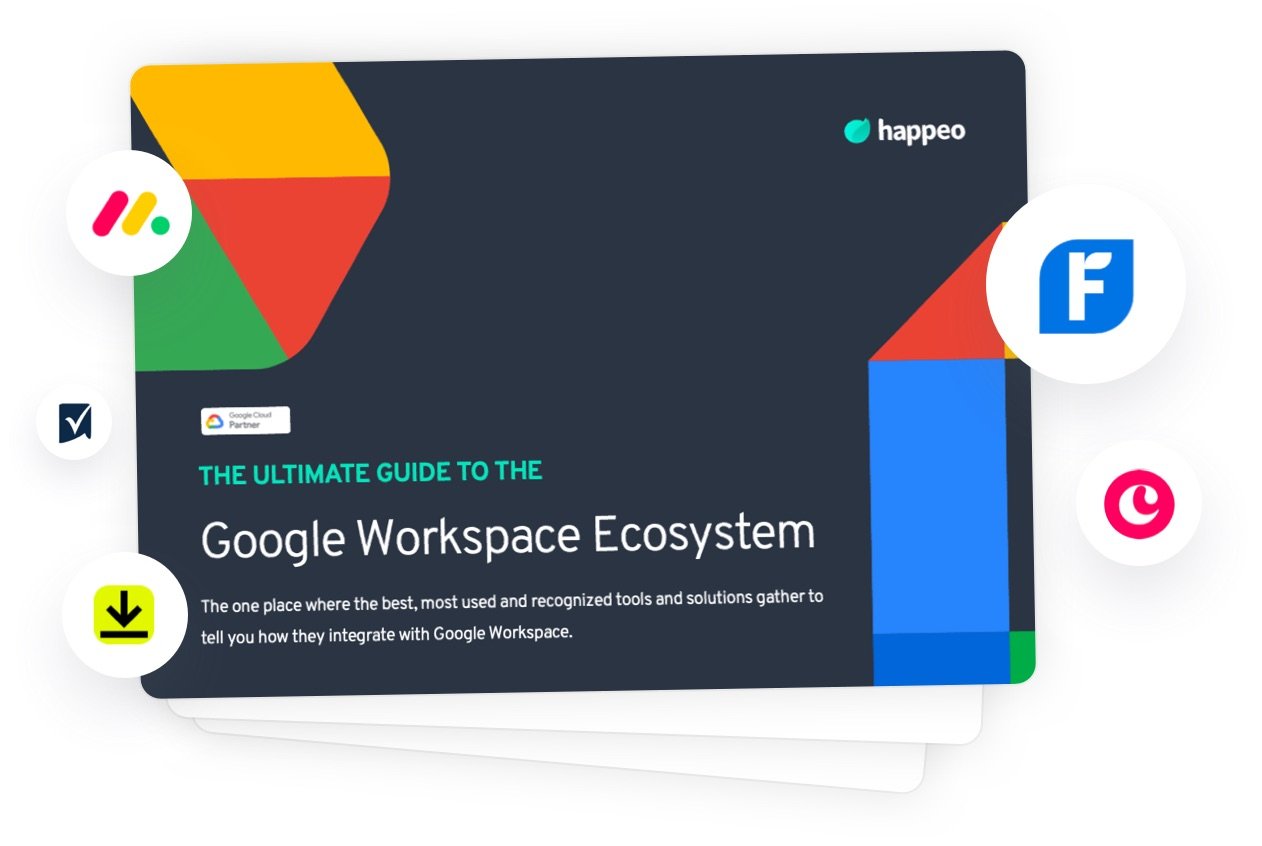 Find out what tools exist to best complement your Google Workspace experience.

Cast your mind back, all the way to the mid-noughties and a series of ads comparing the cool guy to the nerd as a means to entice you to purchase a new laptop.

The cool guy was all about simplicity, ease of use, helping you to create and collaborate without needing to stick your head under the hood. The nerd, on the other hand, was always knee-deep in spreadsheets, data, analysis, lacking sunlight, and fun. The comparison was simple – and the preferred buying option was obvious.

Back then, this was how advertising got you to buy an Apple Mac instead of a PC. Fast forward to 2021 and it might as well be a modern take on the Google Workspace vs Microsoft 365 battle.

The nerd here then is Microsoft’s Office suite. Despite its move to the cloud with Office 365 – pushed, in part, by the rise of Google Workspace – Office 365 is still seen as the “safe” choice for big corporates with matrix organizations, major silos, and no hope in hell of getting people to talk to each other outside of mile-long email hinders.

But if you’re currently deciding between Workspace vs Office 365, your winner is going to be determined on more than just looks. (Unless you’re *really* superficial.) While we’re biased because we love Google collaboration tools and its integration with Google intranet let’s put that to one side for a minute and walk you through your options.

What is a Google intranet software?

First and foremost, what does document creation look like in Google apps vs Microsoft 365? Both suites have the core apps: a word processing tool (Google Docs or Microsoft Word), a spreadsheet app (Google Sheets or Microsoft Excel), and a presentation creator (Google Slides or Microsoft PowerPoint). So far, so samey. Where we go from here depends on the size of your business and what you need your staff to do.

If you’re looking for an intuitive interface that automatically updates to the cloud and offers real-time collaboration, Google Workspace is your friend. While its applications might not offer as many bells and whistles as Microsoft 365’s, that means they’re easier to drive straight into. The real-time collaboration feature (we’ll go into it further in a sec) is the real killer here and makes it the better collaboration tool.

That said, Google apps for business are designed to be simple and efficient. If you need to dig into some hardcore data, or you need something with masses of functionality, you’d be better off looking at Office 365.

Take the spreadsheet option, for example. Google Sheets are made for online collaboration – they’re so simple to use, but many people who use spreadsheets want more than pretty tables. When it comes to functionality, Excel is superior to Sheets. It is designed to work with sizable data, has an abundance of built-in formulas and a speedier "lookup" function.

Still, try saying “Hey Google, open a new spreadsheet” and then talk to us about efficiencies.

We know that both Google apps and Microsoft 365 are collaboration toolsets, but what makes them so different? We couldn’t think of a better explanation than the one of Jason Aten for Fit Small Business:

“Google’s approach is a lot like a classroom with a whiteboard. You can invite anyone in the classroom and you can all stand at the whiteboard together and work on a document. The “whiteboard” keeps track of everyone’s contribution and you can edit, accept, or remove them anytime you want.”

He continues: “Office 365’s approach is like a whiteboard, except that every time you want to share, you have to hand out a new key to the classroom, turn on the lights, make your changes, take the whiteboard off the wall, take it to the next classroom, hang it up, give your team member a marker, and let them make their contributions. Then you reverse the process to review the changes. The end result is similar, but the process is much less simple and transparent.”

It’s Google Workspace’s focus on collaboration and integration that sees it come out on top for us. Real-time collaboration can’t be undersold. While Office 365 has come along in leaps and bounds on that front – no more checking out a document on SharePoint to make sure you’re the only one working on it – the magic of having an entire team working on the same document from different locations at the same time is just priceless. Plus, everything syncs automatically to Google Drive, and you can revert to old versions quickly.

We’ll keep this one short and sweet because email is Gmail at the end of the day. Where Workspace vs Office 365 comes into play is in the real-time communication environment. Some Office 365 packages come with Skype for Business as an added extra, but that involves a separate app on your desktop or mobile device. Google Workspace comes with Chat and Meet video calls, which let you make calls and have chats from within your Google collaboration tools system.

Throw in the possible integrations with Google Workspace – apps like Slack seamlessly become part of your system – and Google makes life so simple and engaging here.

One other consideration when you’re sizing up Google apps vs Microsoft 365 is the question of where it all lives. If you’re totally cloud-based as an organization, then you have no issue; both systems operate in the cloud, allowing creation, collaboration, and communication from any browser or device as long as it’s internet-enabled.

If, however, you need desktop access – maybe you work in an area with patchy connectivity, or you prefer to work from your desktop because you have a deep-seated paranoia that the cloud will swallow your work whole and never spit it back out – then you’re out of luck with Google Workspace. Google collaboration and productivity tools are totally cloud-based, so there’s no desktop version - though you can opt to work offline and it will all sync when you’re connected again.

Some Office 365 plans, however, come with the desktop versions of old chestnuts like Word, Excel, and PowerPoint. Watch your enterprise and old-school IT boffins get all misty-eyed about that.

Both Office 365 and Google Workspace offer tiered pricing on a per-user basis, starting at around the same price. Where Google keeps things simple with three tiers – basic, business, and enterprise – you’ll need mountaineering equipment and a rocket science degree to figure out Microsoft’s uber-niche tiering, which has multiple levels of business tiers followed by even more enterprise tiers, each one giving you access to something extra that you may or may not need. The conclusion – while Google creates a competitive advantage with its simplified pricing tiers, Microsoft’s pricing structure can come across as confusing.

The general consensus from experts is that Google Workspace’s pricing structure best suits smaller businesses, but that for the larger, more complex enterprise it’s a no-brainer for Microsoft 365. But, Google is now going after the enterprise crowd for Google Workspace, so that may change in coming years.

Microsoft 365 vs Google Workspace: The verdict?

So, we’re clearly biased but we reckon you can’t go past Google collaboration tools added to a Google intranet. The interface is modern and simple, the UX is familiar – especially to your Millennial and Gen Z workers – and the options for team collaboration and productivity integrations are second to none. Additional Google apps like Google Forms make even the hardest of Internal Communications pros salivate with anticipation.

Discover all the features of a Google intranet software

It’s not as simple as small business = Google, though. More and more enterprises are ditching Microsoft 365 in favor of Google apps, including very traditional companies like Airbus. Their CIO Luc Hennekens told The Register: “We want people to fundamentally reconsider how they work and move away from old ways of working, like sending millions of emails around. It is a lot easier to achieve that with a tool that, from its conception, radically breaks with past ways of working and past concepts, rather than working with a tool (Microsoft 365) that is a step up, but still in many ways is similar to what we’ve been using in the past.”

Add a Google intranet to your system and you have a world-class business communication and collaboration system at your fingertips, wherever you are in the world, whatever device you’re on – and you know that version control is in check, conversations are being stored for posterity and are searchable, and you don’t need an on-premises server to back it all up.

While this article has only scratched the surface – we haven’t even gone into the all-important security question, considered storage options, or looked at why SharePoint is not the intranet you’re looking for – it’s still obvious (to us) that Google collaboration tools are the digital workplace’s cool guy: simple, easy to use, no wasted energy. It doesn’t give you a million super-complicated things you’ll never use and call it “value for money”.

Want to see how Happeo can help your business?

Besides, let’s face it: Is “people have been using it for years” really a good enough reason to choose a collaboration and productivity suite for your business? The most dangerous phrase in the language is "we’ve always done it this way".

We created this comparison to help you make an informed decision, but it’s up to you to decide which collaboration suite - Workspace or Office 365 - meets your business needs best. Whichever one you choose, make sure your solution is combined with the right intranet to support it. Check out our intranet comparison guide to find the right fit.