The 6 best Microsoft Teams alternatives in 2022 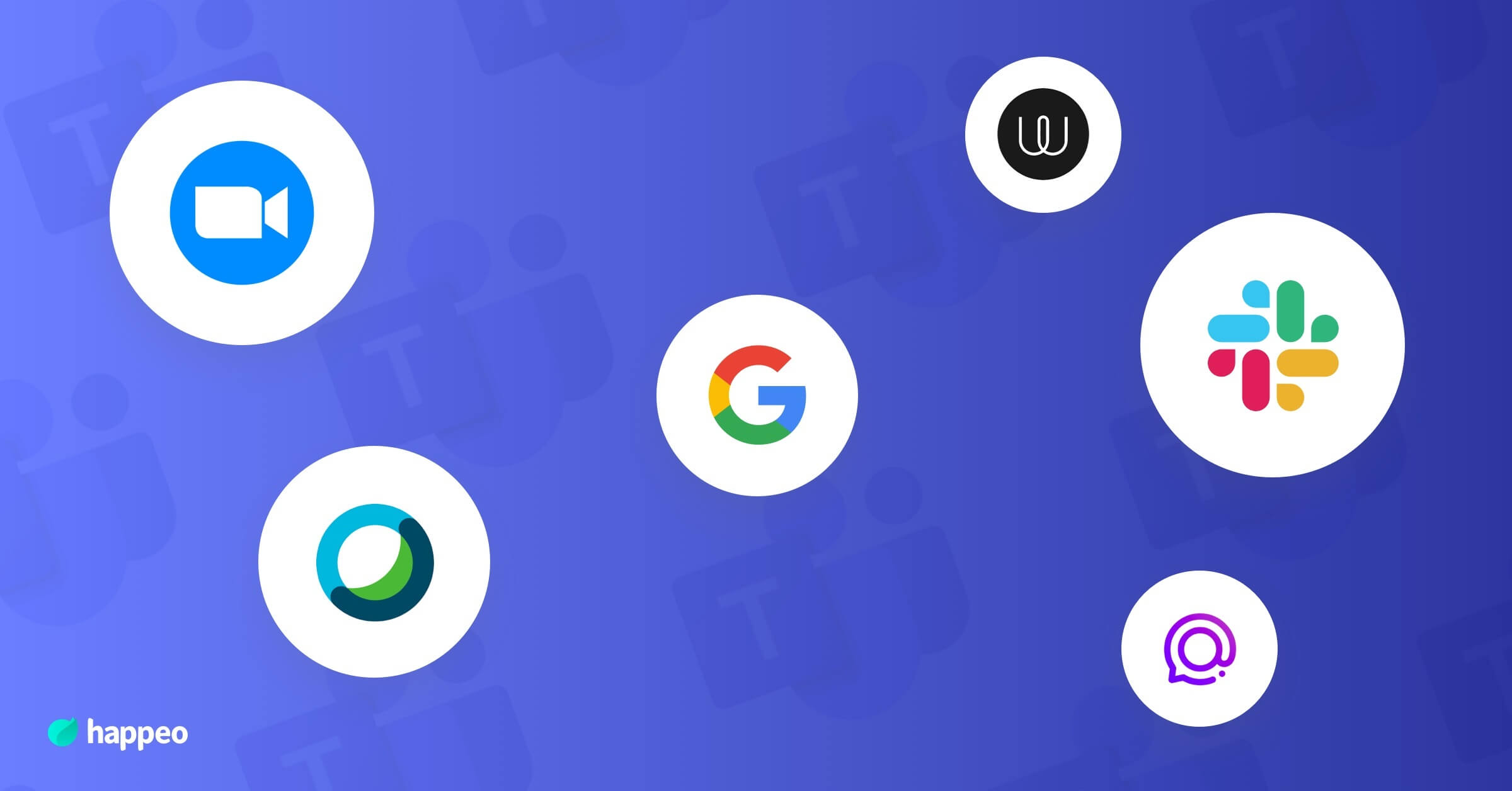 The previous year has been the year of working from home – the year in which collaboration platforms were on a super high. Companies by and large had to find ways of establishing a workflow that functions from home and anywhere else in the world, as working together from one office was impossible. The demand for digital workplace tools has increased and the usage of collaboration tools like Microsoft Teams has spiked over the past year. In April 2021, 145 million people used Microsoft teams every day as their collaboration tool. To put the 145 million figure into context, Microsoft Teams had roughly 32 million daily active users at the start of the pandemic. What makes Microsoft Teams so popular?

How does an intranet work?

What is Microsoft Teams?

Microsoft Teams, in short MS Teams, is the name of a collaboration and communication tool from the Microsoft company. It is deeply integrated into Microsoft products such as Microsoft 365 or Office 365 and offers a platform for digital communication and collaboration in the company. It’s an alternative to solutions such as the web-based instant messaging tool from the US company Slack Technologies, but offers a wider range of functions in terms of collaboration and other applications. Microsoft Teams had an enormous boost during 2020 when the pandemic led to many people working from home.

Is Microsoft Teams free to use?

Yes and no. You can use Microsoft Teams for free if you have a smaller company or a smaller team. Even without having an account of Office 365, Microsoft Teams is still giving you an entire range of tools and applications in the free version. Once you sign up for the Office 365 E3 version, you’ll be able to use the full version of Microsoft Teams with all its benefits, such as unlimited cloud storage, online events with up to 10.000 participants and the support of up to 500.000 users.

Why should companies use Microsoft Teams?

Microsoft Teams is more than just a simple chat solution. Apart from functions such as chatting, calling and scheduling meetings, it offers access to various Office 365 applications. With Microsoft Teams you can communicate with other colleagues, and also collaborate on presentations, documents and other shared files. Microsoft Teams is an especially huge win for companies with employees working remotely, as it offers a great way of communication, collaborating and engaging employees – no matter where they are in the world. 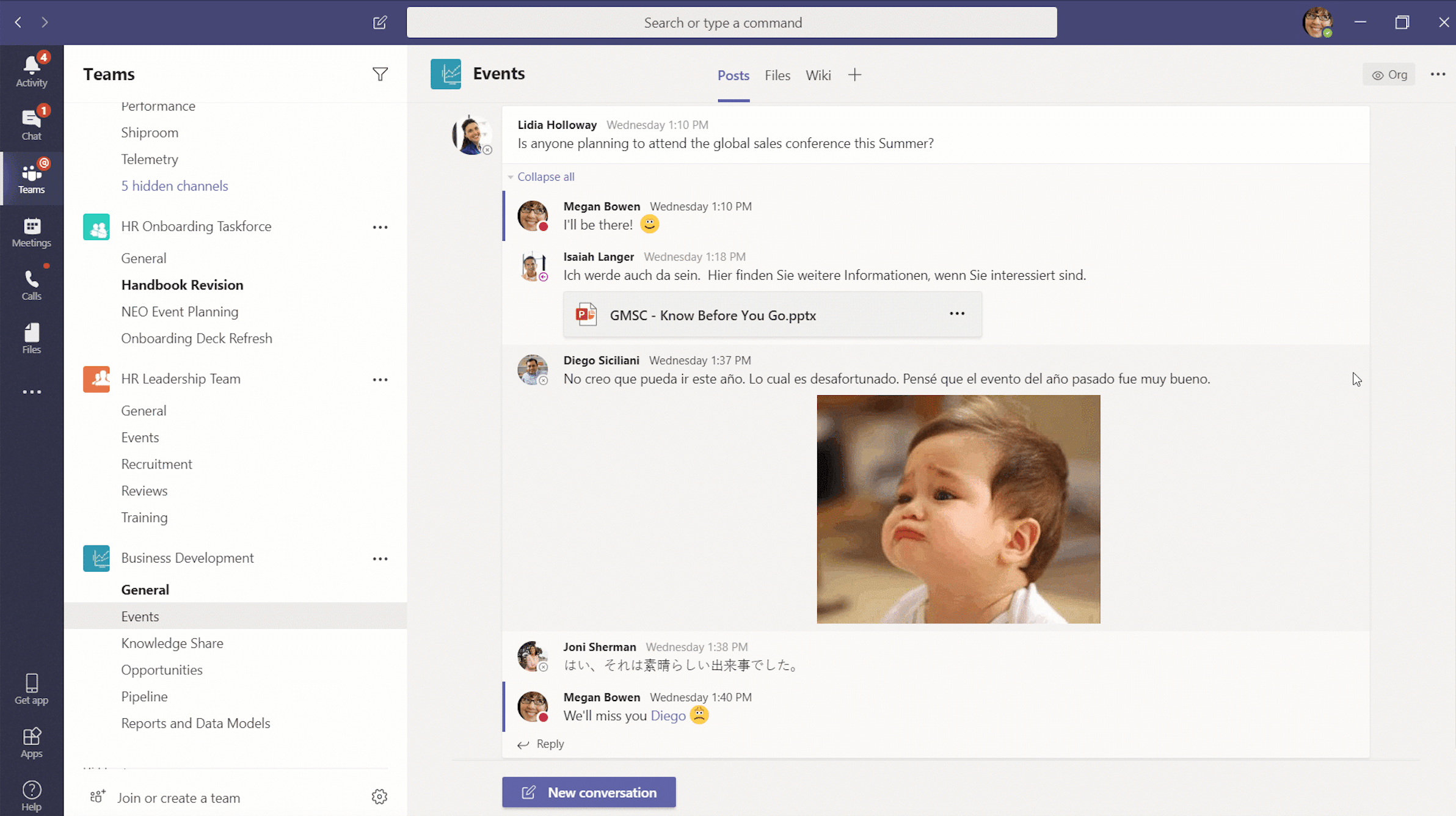 Google Workspace, formerly known as G Suite, consists of an extensive collection of various applications and services which can be used for any cloud-based work. Google Workspace accounts is an intelligent and, above all, efficient all-in-one solution as it combines a whole range of needed applications. The most famous of those are Gmail, Google Meet, Google Chat and the appointment management application Google Calendar. Also included in Google Workspace is the cloud-sharing platform Google Drive, in which companies can save, organize and collaboratively work on shared files and Google Docs, which is commonly used to create documents, share them and work on them together – no matter where teammates are based.

Apart from that, Google Workspace also offers a range of unknown tools such as Google Forms to organize forms and surveys, Google Keep for collaborative notes, Google Sites to easily install websites and Google Currents, a social networking and engagement tool for companies.

Google Workspace offers various plans that can be used by individuals, small companies and large enterprises. So everyone can basically choose whatever suits them best. With Google Workspace companies can not only organize their documents and meetings as it has a calendar integration, but entire teams can have virtual meetings and chats and call each other. 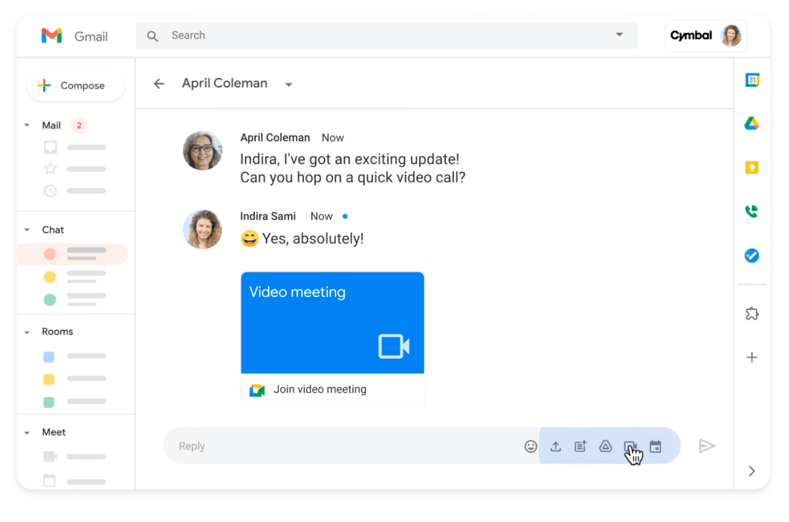 Also, Google Workspace works well with third-party integrations such as intranet solutions. Happeo is a collaborative tool that can be easily integrated as a Google intranet and used to schedule meetings, communicate even faster and share documents with everyone in the company. 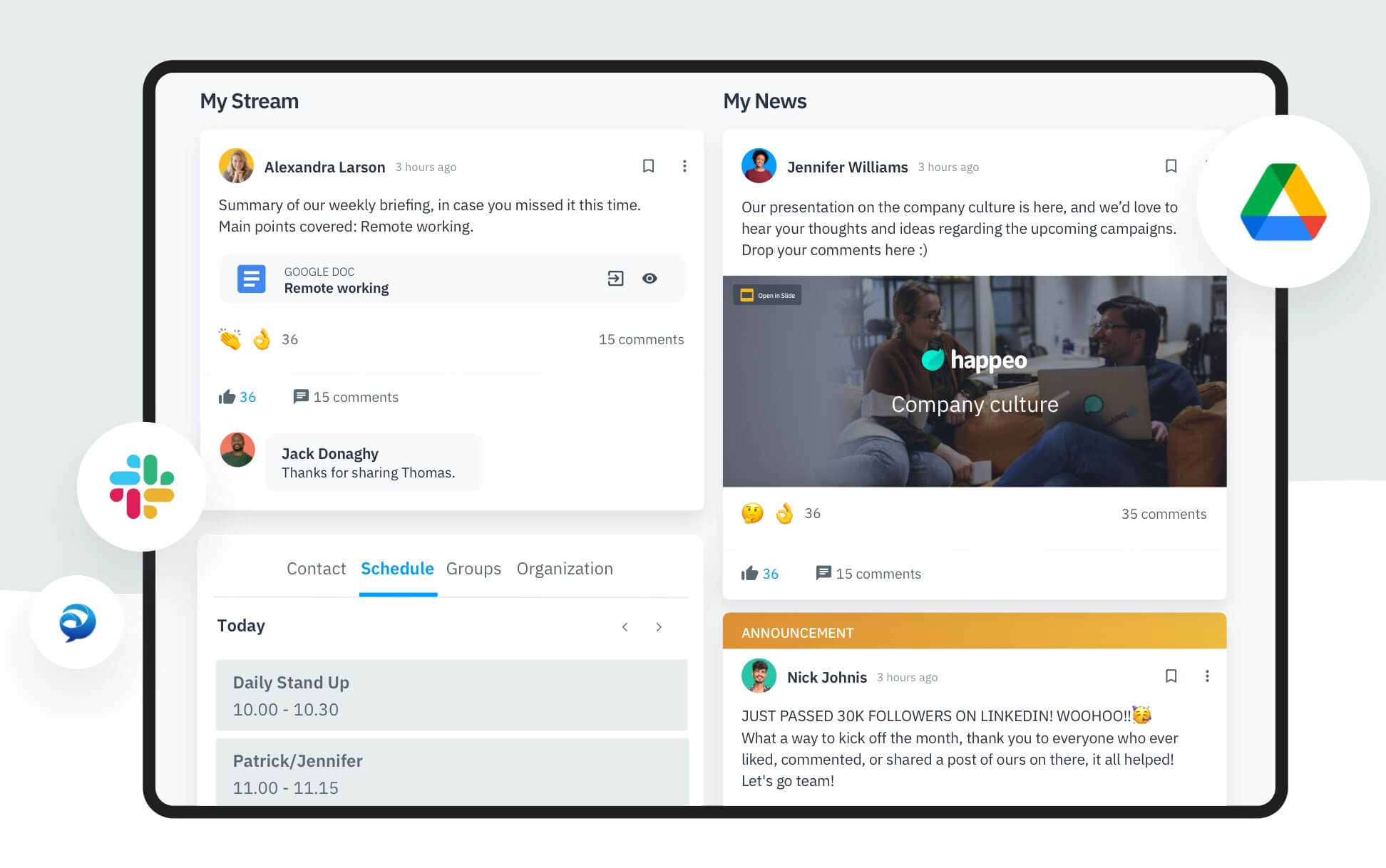 Discover all the features of an intranet

Slack is one of the biggest winners of the pandemic, as the instant-messaging tool has been implemented in a large number of companies all around the world. Slack was launched way before Covid-19, in Vancouver, Canada, in 2009. Today, Slack calls San Francisco its home.

Slack brings all of your team's communication and collaboration together in a single place so you can get work done more effectively, whether you're part of a large company or a small business. Also, with Slack it’s easy to check off your to-do list and move your projects forward by connecting the right people, conversations, tools, and information you need. Slack is available on any device, so you can access your team and your work anytime you're at your desk or on the go.

The collaboration and communication software Slack is super easy to use. Once signed up, you can join various workspaces and communicate with co-workers either with direct messages, or within channels or groups. It’s also easy to share documents within Slack, even though the tool does not offer a way of actually working in the document without integrating a third-party application such as Dropbox, Google Drive or GitHub. 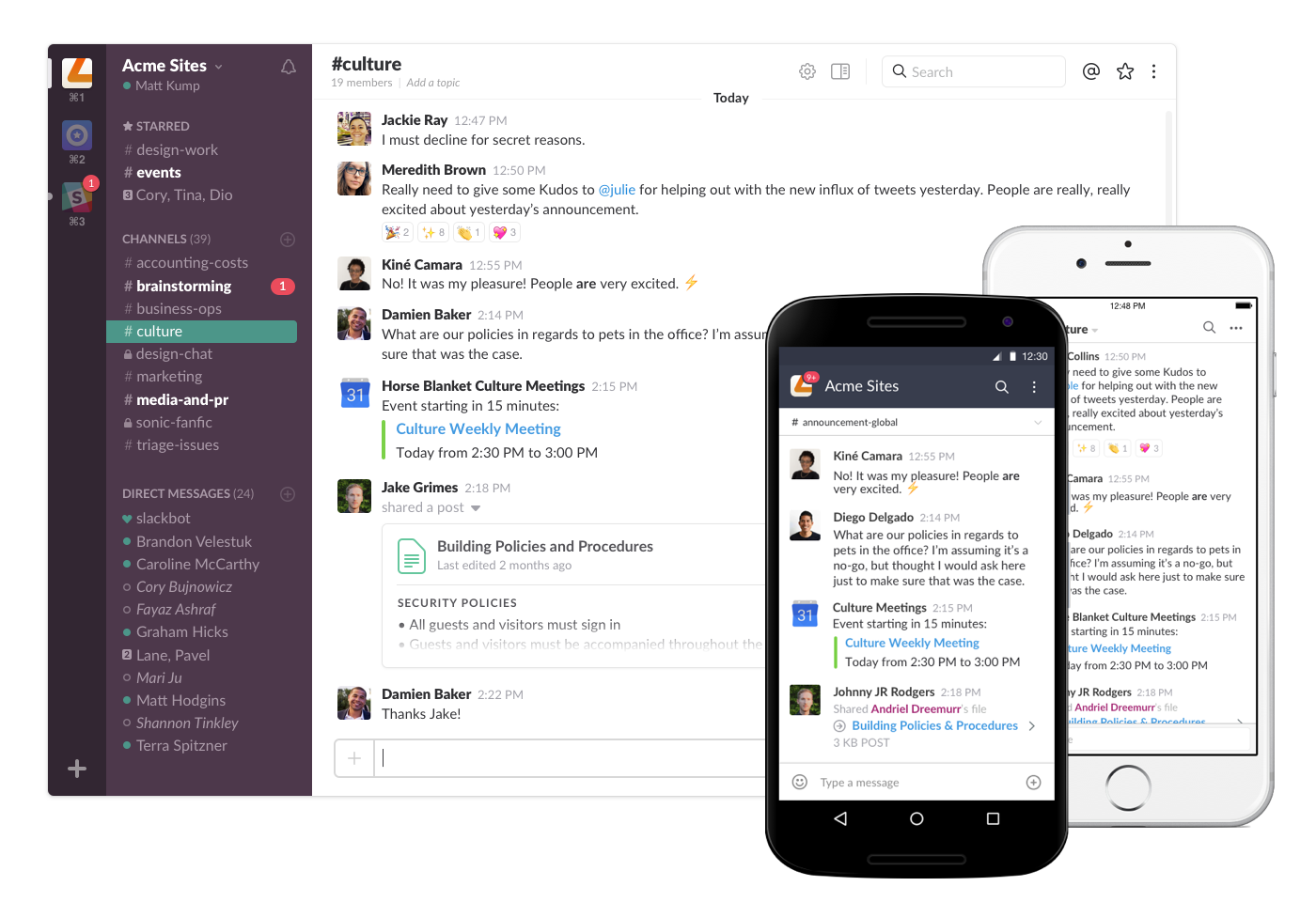 Let's be honest, how many Zoom calls did you have within the past months? Especially during the pandemic, Zoom has been everywhere – birthday parties, weddings, events, webinars, classes, everything has quickly been moved to Zoom as big meetings were basically impossible. No wonder that Zoom is still on a high.

Zoom Cloud meetings, which is mostly known in its short version Zoom, is a video conferencing and instant messaging tool that has been developed by Zoom Video Communications in 2011. Today, it’s the 5th most downloaded app in the world and counted about 477 million downloads in 2020.

The communication platform Zoom can be used on all major systems such as Windows, macOS, iOS, Chrome OS, Linux and Android. Also, it’s available as an app, but can also be used within the browser, even without signing up. 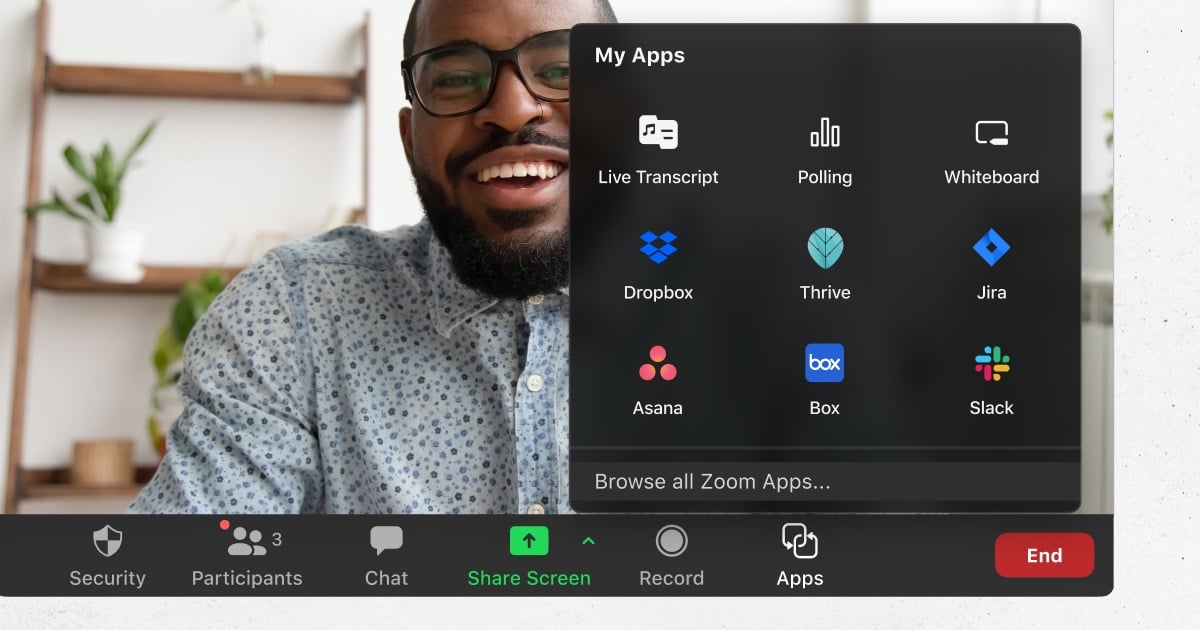 Cisco Webex, formerly known as WebEx Communications Inc, is a provider of video conferencing, IP telephony, instant messaging, file transfer and screen sharing. Among the Microsoft Teams alternatives, Webex is basically the dinosaur as it was founded in 1995 by Subrah Iyar and Min Zhu.

All of the business-to-business collaboration products and services provided by Webex are part of the Cisco Collaboration Portfolio and are delivered collectively by Cisco Systems as Software as a Service (SaaS). The company WebEx Communications Inc. was acquired by Cisco Systems in 2007 and integrated into the company.

According to Cisco, about 3 billion meeting minutes are being realized using Webex per month by 52 million users. This makes Webex count as one of the most successful video conferencing tools in the world.

WebEx is an intelligent tool for video conferencing as it offers a large range of features. With WebEx you can have 1-on-1-meetings and group chats. Also, you can easily record meetings and make use of file and screen sharing during the call which makes life and work much easier. The digital whiteboard offers a great way for anyone who is giving classes or tutorials and by using the individual layout you can simply choose which speaker will be the main participant. Wire is yet another Microsoft Teams alternative as it’s an instant-messaging tool for smartphones and tablets as well as for Windows, macOS and Linux systems. Founded in Delaware, Dover (USA), in 2014, Wire's official place of business is in Switzerland.

Individual users can use Wire completely free of charge, whereas companies can choose between various subscription plans that start at a fee of €6 per month. While using Wire, you can benefit from video calls, file-sharing as well as from integrations of Soundcloud, Spotify, Vimeo and even Sketch.

Wire is taking good care of its safety and security. All communication content on Wire is encrypted end-to-end. For example, text messages, files such as images, and 1:1 call signaling. The messenger uses Axolotl ratchet and pre-keys optimized for mobile messaging. Calls use DTLS for key exchange and authentication and SRTP for transport encryption of media data.

Also, Wire doesn't need any user data, no Google account or phone number — the user’s information stays private. Only a few enterprises already make use of Wire as it’s been known as an alternative to WhatsApp, meaning an alternative to messengers used on smartphones and tablets. However, there is no doubt that Wire can also be a great messaging alternative to Microsoft Teams. 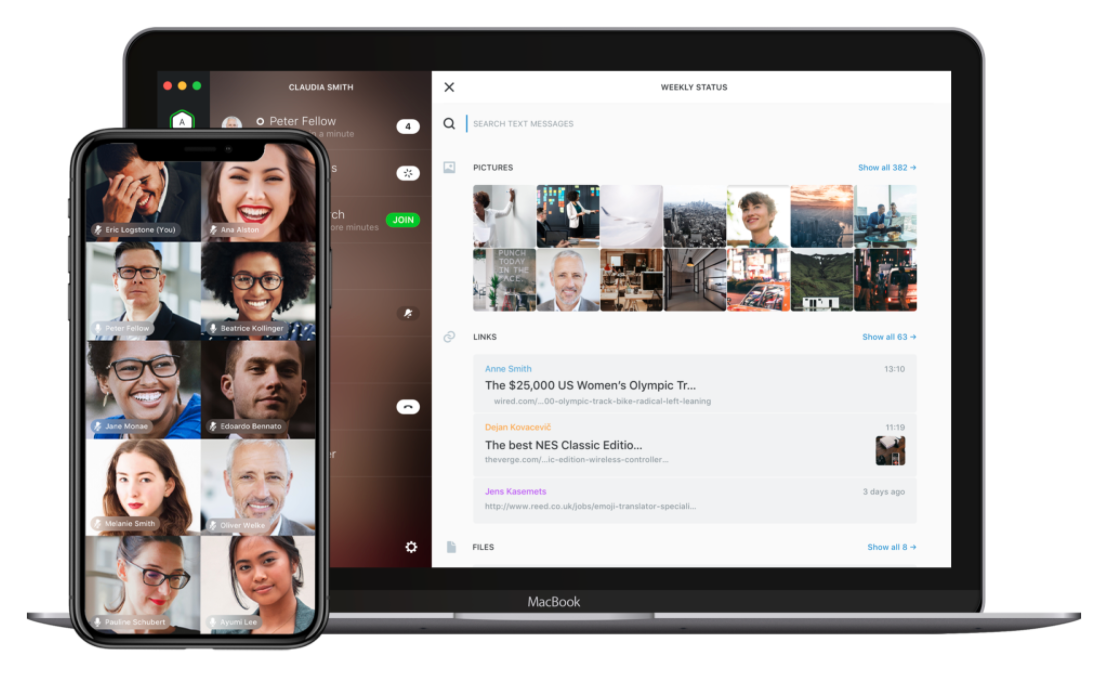 Spike is one of the lesser known alternatives of Microsoft Teams. However, it also works as an email application and is available for macOS, Windows, iOS and Android. Spike was founded in 2013 by Erez Pilosof and Dvir Ben-Aroya and is not only a messaging tool but also a way of "communicative emails".

But what does this mean? Basically, Spike functions like Whatsapp, but on an email basis. Hence, instead of displaying meaningless email headers, Spike summarizes communications to and from the same recipients in one long communication thread. And instead of clicking "Reply" over and over, there's a handy line below each thread to directly keep the communication going. For this, the recipients don't need to download Spike themselves, as for them the email will just look like an ordinary email. The major advantage of Spike is that internal communication is used to boost productivity and costly silos are being avoided.

Spike is available as a non-payable version, but also as a paid version for professional users. Apart from simply organizing emails, Spike can also be used to quickly translate emails and to have voice and video calls. The app can be easily used by using the login-data of the major email provider. Once signed up, users can benefit from organized e-mailing and higher security and safety than within other providers. 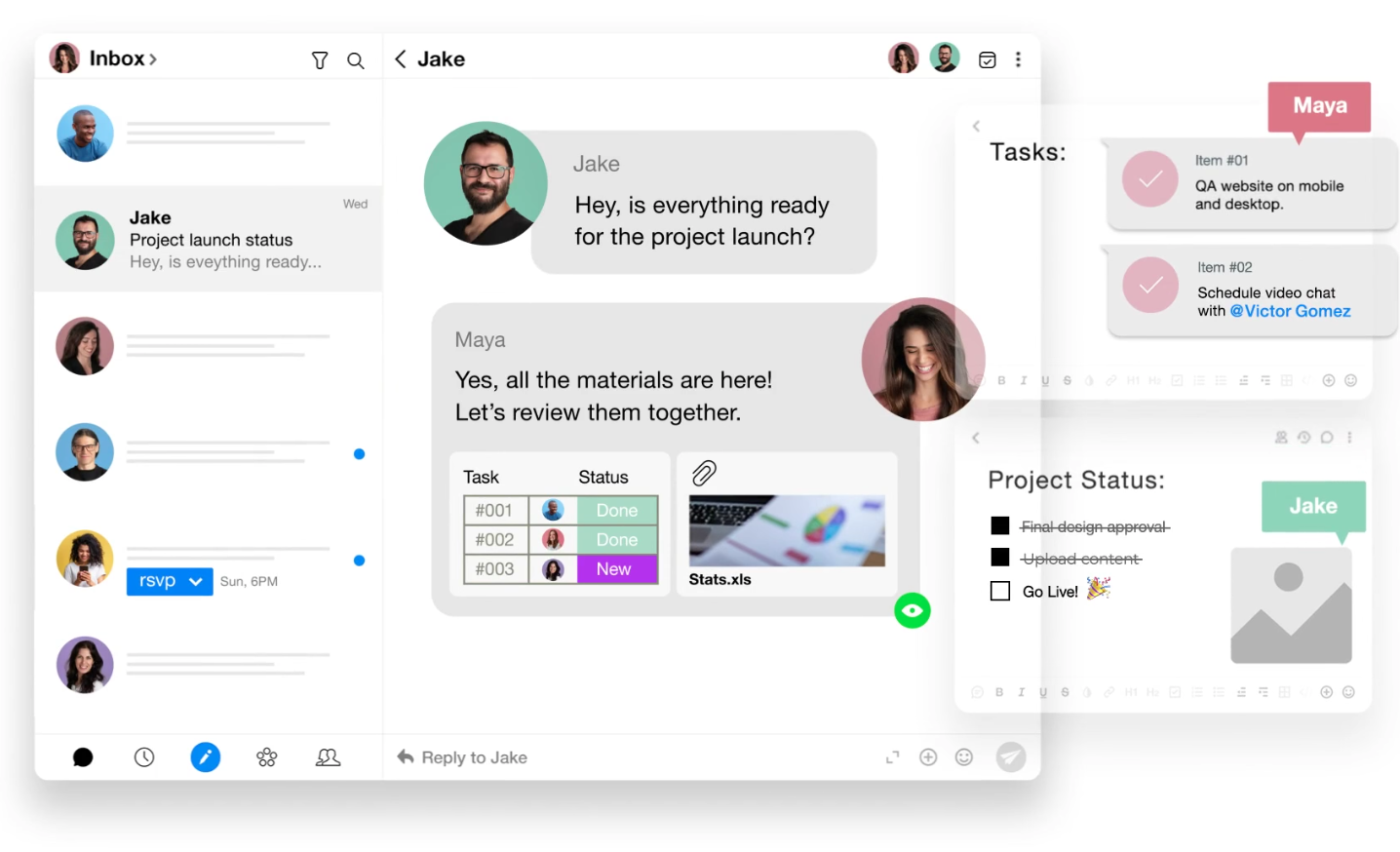 
Want to see how Happeo helps your business?

Whether Microsoft Teams is worth it can only be found out when having a look at how big your company is, how extensive the use will be and which functions you will be using on MS Teams. The subscription price increases with the size of the company and it's important that you carefully have a look at whether MS Teams really is the best tool for you.

The closest tool to Microsoft Teams is Google Workspace and Google-related intranets such as Happeo.

Yes. Google Workspace, formerly known as G Suite, is a great tool for collaborating and communicating. Even better, you can upgrade Google Workspace with extensive intranets such as Happeo.

Microsoft Teams is not only a tool to communicate with colleagues in an instant-messaging-way or to share files, but also to have video conferences and virtual meetings. A video conference can be easily scheduled on MS teams. Simply find the right date and time, invite colleagues or share the invite via mail so that external users can join via their browser.

So how do you choose the best Microsoft Teams alternative?

Cooperative and collaborative work can be a true challenge, especially when teams are working from all around the world. When looking for the right tool for your projects or your company, it’s important that you think about what you need. Do you need improved communication? Are you looking for a way to organize large projects? Do you need an all-in-one intranet to better organize your entire enterprise? By deciding the major pain-points a decision will be much easier.

Once you found your favourite Microsoft Teams alternative, you should have a quick look at potential integrations that you need. Imagine having implemented a new tool and then realizing that some of the tools and applications you used to work with are now impossible to integrate. This could easily lead to a major drop in your productivity and is difficult to fix. Think about what you really need, how much money you would like to spend on implementing the tool, and whether everyone in your company can easily follow this change. Once everything is set, a transition should be the way to go. 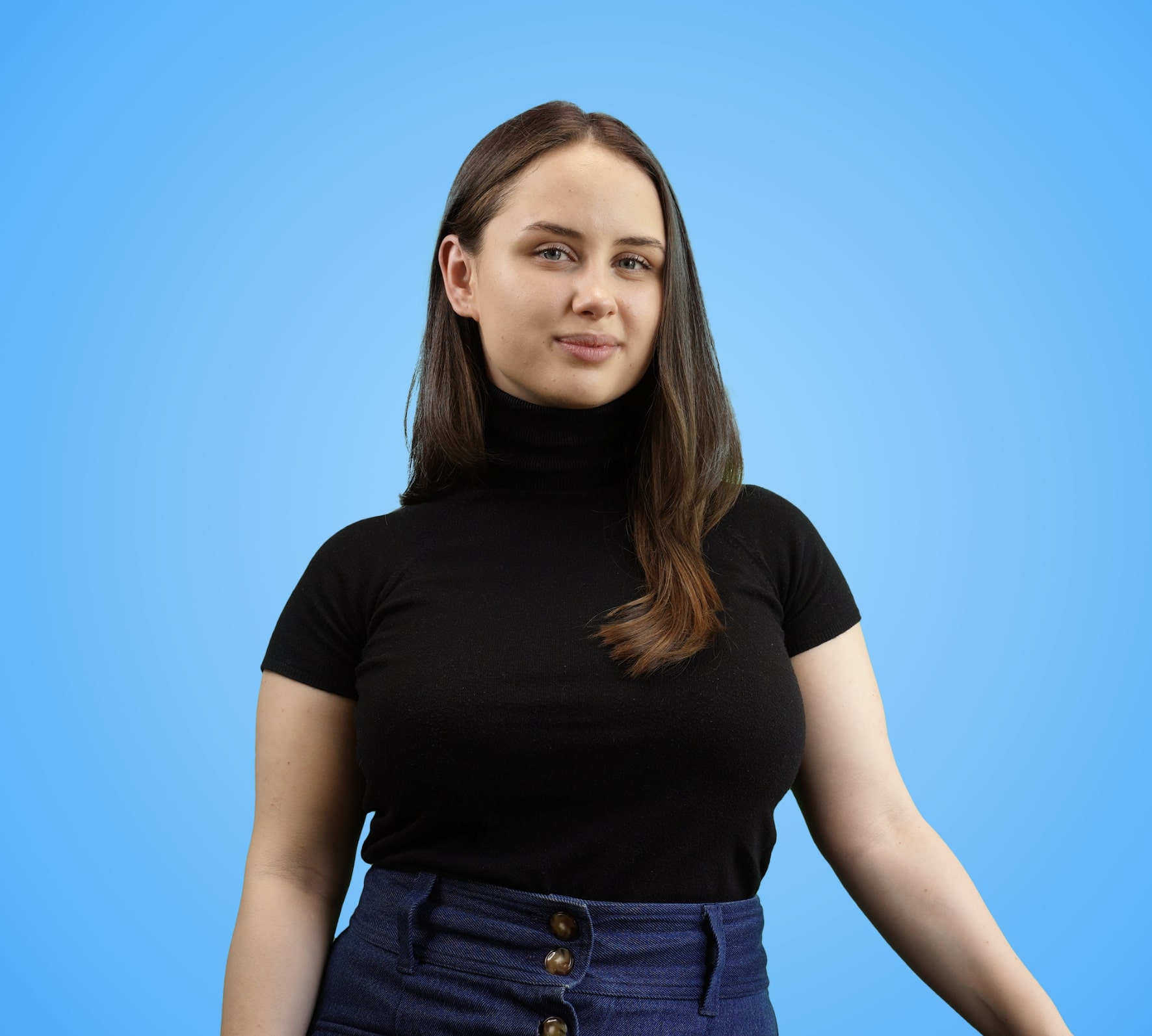