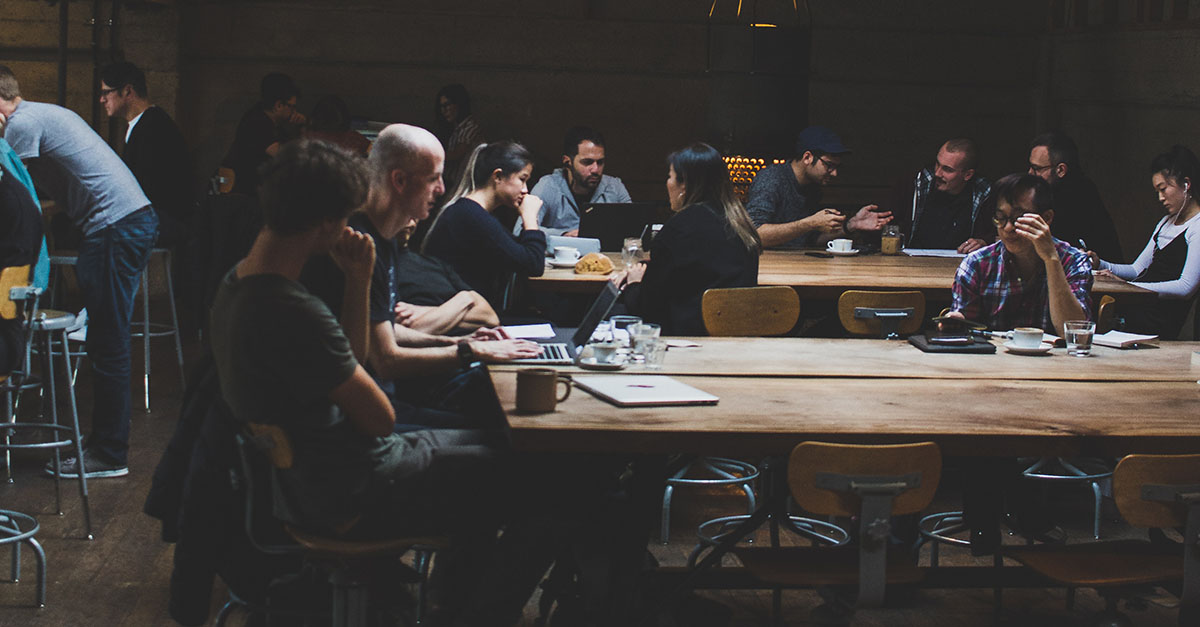 What do you get when you combine three leading Internal Communications experts into one panel? No cheap punchlines here – this is a report on the webinar that we had the pleasure of hosting yesterday. Our all-female guest panel of Ainsleigh Walker (eServGlobal), Channa Green (True) and Taina Saarikoski (Trimble Solutions) deep-dove into the topic of employee communities. How do you start creating them, and how do you make sure people are engaged in them?

Can’t commit to a 60 minute video just yet? Read all about the 5 building blocks of employee communities:

Communities are built based on mutual interest. At first that interest will be general, and as you progress, subgroups will start to form. When subgroups start to overtake the conversation, you know a ‘community’ has formed. In the case of Happeo, that’s when we it makes sense to create a separate Channel. If you’re not using Happeo, think of ways to give these subgroups their own space. This helps to foster their connection deeper, makes it easier to see what’s going on in one community and keeps general conversation, well, general. Ainsleigh Walker named an example of interest-based community activities that really created a connection:

“You might work with someone in Dubai, France or Romania – it’s great to create social personal ties. We have quite a few sports fans in the company. For us, creating football world cup “betting” pools and worked really well. Now we had an Austrialian making jokes with a French person, because Australia was beaten by France. Next time you have to go and talk to that person you’ve already created a connection, and it grows with more interaction.”

2. Be consistent in your cross-media employee experience

Around 2008 the term “Crossmedia communication” started popping up among advertisers. Social media started gaining ground, more and more people had high-speed internet access and the way people experience the world was no longer offline or online only. The truth started to exist in the middle. Advertisers started to make use of this by creating consistent outside-advertising and reflecting that across the digital realm. Internal Communications can now leverage that same method for success with social intranets and employee communication platforms. As Taina Saarikoski said during the panel, “you can’t mandate it”, but you can make sure you’re doing it in a consistent way. The messaging on posters and digital signage across your office should be the same messaging you see in your digital ecosystem. And that isn’t just limited to the intranet or Enterprise Social Network (ESN).

3. Connect the dots between different communities

One massive advantage of employees feeling like they’re a part of a community is that sharing information, contributing opinions and feedback becomes more natural. You’re creating one big safe space, and several sub-safe spaces. That information can help the business. In-depth discussions can turn general topics into concrete action points. Discussions on what one group of people is working on can be incredibly relevant information to another group of people in your company. Channa Green advocates taking a journalistic approach, stating:

“That’s a story. That’s interesting. I need that knowledge to be shared with other parts of the business. A lot of it is really user-driven, because I’m just putting the dots together, acting as the internal reporter and making that information available.”

One of the panel’s attendees posed an interesting question. How do you share information about people and make things more personal, when privacy-issues may arise? For example, what if people don’t want their birthdays to be publicly visible, when we know that this is information that can drive engagement? Mostly everyone agrees: check with people before you share information about them. Channa Green was very open about this and stated it nicely:

“I tend to default to ‘if it’s in the public domain, it’s fair game’. We have a system that has everyone’s information on it, so that’s public. I’m free to slap that information onto other things. But I’ve used that information before (let’s say a birthday) and that created an internal conversation about when it is or isn’t appropriate. That was a lesson for me: don’t assume that it’s all OK.”

5. Start from day one

When new people join, Taina Saarikoski described it as “joining a party that has been going on without you for many years”. We think that’s probably the best way to describe what’s going on in a healthy company. People mingle, people connect, but it can be difficult, or sometimes even awkward, to join a place where you don’t yet know anything about those connections.

One of the panel attendees reached out to us after the panel and said she recognized this point. She advocated Internal Comms taking a strong role in introducing the person to the company; and really focus on the person. Not just their previous job experience, but also their hobbies, their quirks, their interests and their daily lives. As Ainsleigh Walker said in the panel, “we want to bring our whole selves to work”. As “internal reporters”, it’s our job to accurately show those whole selves so they can better connect the community at large.

How does internal community building benefit a business?

We’ll end with a quote from Ainsleigh Walker, which also perfectly sums up why we do what we do:

“We have a saying here: happy people = happy business.”