Podcast: Change management without the bull**** 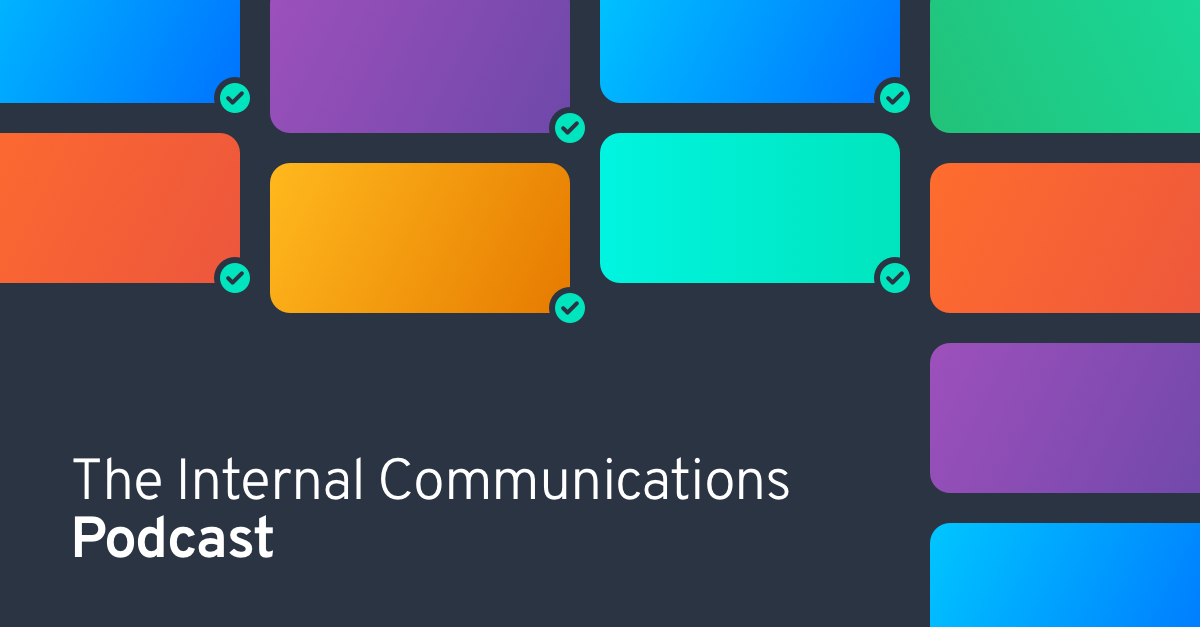 A new year does something to you. It’s a chance to start fresh. Leave behind the old, march on with the new. But, in some cases, you have things you were particularly proud of. Things you just have to keep doing. Our podcast is one of those things. With an initial five-episode pilot program, we managed to reach an audience of more than 2700 Internal Communicators worldwide. That’s something we’re proud of. That’s a reason to continue.

We’re incredibly excited to kickstart a new series of The Internal Communications Podcast, with our first guest of 2020 – Rum Ekhtiar. He is the founder and partner of Rum & Co, a collective of super smart brand consultants that focus on getting $#!% done instead of endless PowerPoint presentations. He’s experienced, highly opinionated and very entertaining. He also packs a big wallop of knowledge, and a love for Internal Comms. See, Rum was a senior consultant at Citi and in his time there, led the “200 years Citi” campaign – an initiative that was vital to restoring employee pride in the organization. Something that reinvigorated Citi’s reputation among 100 million clients in a post-recession world.

How did he do it? Look no further: press the play button below or listen to the podcast in an audio-only format on your favorite platform.

Here are a couple of quotes to whet your appetite:

“You can look at it two ways. You can look at it as being very, very scary, or it can be a reset. A chance to get back to what the company culture is all about. So it’s a big deal, but it’s also a huge opportunity if you do it the right way.”

“Let’s take Nike for example. There are people in Oregon who are really shaky about this leadership change. But then you have the factory in Vietnam who are going to have a different impression. It’s really important you recruit people from all different corners and levels of the company.”

Dealing with difficult change from a human perspective:

“Here’s the deal: you’re also a human, you’re also an employee and you’re also wondering ‘will I have a job and can I feed my dog today?’ I try to see opportunity in everything. If coverage comes out externally about how well we handled this initiative internally, then that’s a win for me.”

“I’ve been in a situation where McKinsey or Boston Consulting had done their fancy spreadsheets and powerpoints, then say ‘by the way, we’re going to flip the switch tomorrow and make this change’. Then no one knows what the hell to do and there’s no communications plan for it. So, for me, if you’re brought into that kind of situation, they’ll probably know if you’re good or not. Secondly, the way you present yourself and talk about the solution is important. Start speaking from your experience, with confidence, on what the 5-10 first things you need to do are. That’s a great way to win over people and get things going.”

Continuing about confidence - one of Internal Comms’ core competencies this decade - Rum says:

“I work with these huge brands all over the world, and agencies usually bring me in under those crazy, call-me-at-midnight situations. If you’re brought in like that, you’ve probably already established your reputation by fighting a fire really quickly. If you haven’t, by showing that you know what you’re doing by coming up with the lists, action plans and being action-oriented vs. sitting in the corner and waiting for someone to tell you what to do – to me, that indicates you know what you’re doing or at least have a very vested interest.”

We hope you enjoy this podcast as much as we enjoyed this conversation. Stay tuned, because we’ll be posting a new one every month. Next up is Janet Hitchen, former Head of Internal Communications (and a myriad of other high-level communication roles) at Apple. Stay tuned!