The Next Web 2019: The end of disruption 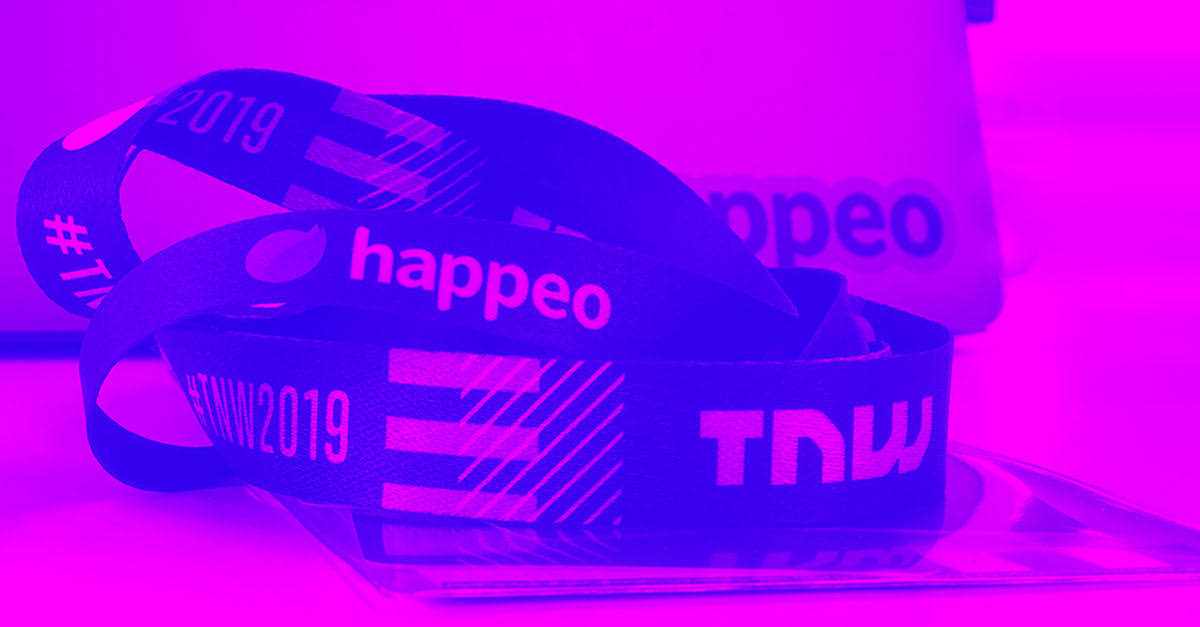 The Next Web 2019 (TNW) is over, and it was a great event. Rather than a typical conference report, we decided to balance the most interesting presentations on the main stage, with voices from the crowd. TNW was clear in its theme for marketing communications this year: it’s time to cut through the noise and weigh everything we do with extreme scrutiny. What can Internal Communications learn from this?

The opening keynote coined TNW as “Disneyland for nerds”, and we agree. Technology is everywhere – present in presentations and booths throughout. One of our favorite presentations featured Sir John Hegarty – a legend in the advertising industry. Among the many awards, accolades and achievements, he’s also been the man that discovered Brad Pitt. Joining him is Emma Harman, Managing Director of Whalar. Their fireside chat focused on the three things that will drive the world of communications today: Technology, Creativity & Culture.

Is it about the microphone, or is it about Frank Sinatra?

One of the most thought-provoking statements came early in this session. Sir John Hegarty raved: "I think there is a crisis in the communications industry. 90% of content produced is crap. Creative people have stepped back and technology has stepped forward. But don’t forget, Guthenberg invented a revolutionary printing press, and what did he do with it? He used his invention to print another bible. It took creative people to come along and say ‘I know what you can do with it’.” he later added: "All we need to do is get all the data and provide the solution. That’s the attitude today. But if all the people in a company have access to the same data, you only get the same answers. No one told Steve Jobs to invent the iPhone, there was no data."

In the end, Sir John Hegarty admitted that he’s far from opposed to technology. His approach evangelizes synergy between data-driven decisions and “gut feeling”. Let’s just make sure that “gut feeling” doesn’t mean “those with the loudest voice rule”.

Is technology making the world harder to understand?

"The idea we can make sense of the world by gathering data alone is starting to fade." James Bridle, author of The New Dark Age was up next. His main point stopped us in our tracks: technology gives everyone access to more information than ever, but that information is not leading us into enlightenment. It’s not something we can use to find answers – instead we should use it to find more questions.

It may seem cryptic, but Bridle’s point aligns perfectly with Sir John Hegarty’s. Technology, information, data – call it what you will, it alone won’t lead us to advancement. Bridle named several examples to showcase this, key among which was Deep Blue. It’s an example often referred to in “doom-and-gloom” posts about Artificial Intelligence. Deep Blue was a chess computer, developed by IBM. It was so advanced at the time that it beat Garry Kasparov, the world champion chess player at the time. What a lot of people forget in this story, Bridle pointed out, is that Deep Blue beat Garry in 1997 – a year prior in 1996, Kasparov was victorious. The engineers at IBM then upgraded Deep Blue significantly, leading to Kasparov’s defeat in 1997. This is where the doom-and-gloom stories are born. What a lot of people miss, Bridle says, is that Kasparov recouped and developed his own fight-back method, in which humans partnered with computers. Basically put, one human can beat another human, a computer can beat any of those humans, but a human using a computer will beat all of them.

Sir John Hegarty and James Bridle both have something to teach the world of communications, and with that specifically, Internal Communications: we’re given access to more and more technology, but a healthy symbiosis between technology and the human element is what will lead us forward. Technology alone won’t cut it. A non data-driven approach won’t either – the past has shown us this.

Conversations with the crowd

The Next Web has a program called T500, where 500 people under the age of 26 that are coined to be future digital leaders. We were lucky enough to catch up with one of those T500 – Niels Zee. Niels is a new-generation marketeer, part of the growth hacking movement. He’s relentless in his pursuit of a data-driven approach, but feels that the way we’ve been using data to justify our communication efforts has to change. Zee says:

“We’ve come to fetishize the term ‘disruption’. We have to stop this in our communications approach. It’s more important to cut through the noise, also by reducing volume. We need to become more effective, else our efforts aren’t sustainable. That’s why I’m starting to see more ‘pull’ marketing again, instead of the disruptive ‘push’ approach. From a comms’ point of view, that’s a much more sustainable method too, especially since a push-approach means you have to constantly reinvent yourself to really disrupt.”

Natalia Aliabyeva, Global Travel Vertical and EMEA Marketing Manager at Ingenico ePayments, comes from a different marketing background. Having started her career in Cloud technology and later in Professional Services, she’s now part of a large online payments provider. My conversation with her took place at a different time, and both Aliabyeva and Zee have completely different backgrounds, yet they’re aligned on what the world of communications looks like today. Aliabyeva states:

“Marketing and Communications used to carry the misconception that we’re 'the flyer machines'. Now, we have more tools to understand our customers and prospects better than ever. We need to use those insights and translate them into business, through successful marketing campaigns. Whatever Marketing produces should help someone be successful at their job. By delighting people you drive business.”

“My take on Internal Communications is that it exists to help people grow. How do you help people them find the tools they need? How do you make sure they like using that internal toolset? Internal comms people don’t just broadcast announcements, it's much more than that. Maybe it's time for the employee journey as a template for their work and strategy, rather than management needs and wants. That involves templating, automating and standardizing more, then evaluating what information your people care about through data. By collecting data on employee interests, and aligning those interests to company strategy and people’s personal growth desires, you create real value. For that, internal digitalization is key.”

On offering standards in the use of technology, Zee adds:

“I see Internal Communications play a strong role in offering guidelines for the use of communications technology. Take Slack, for example. It’s an amazing tool, but it’s also causing concern among leadership and employees alike. Why? Because it interrupts you with notifications, or Fear Of Missing Out (FOMO). Strong guidelines on the use of communications technology can completely defeat that and help people use this tech to enrich their working life, rather than spoil it.”

No pop-ups here! Sign up to our Internal Comms community for more event coverage, news and developments in the world of Internal Communications.